Truth and Facts Stand Together Inseparable

I have heard, read, studied and believe undeniable evidence that “truth” must be facts-based. It is that elusive quality underlying our view of the world and it is a universal quest. We all deal with issues of truth and facts on a daily basis. This is especially true in the workplace where the outcomes of actions are often only valid if the “truths” we base our decisions on are based on verifiable facts. In the social realm the truth is often a little murky and may be tinged with small doses of fiction, fantasy, and Myths. C. S. Lewis devoted much of his work to resolving the contributions of each of these elements to our lives and illustrated how they led to his conversion and acceptance of Jesus Christ. In the process he became known as the greatest Christian apologist of the 20th century. Hillsdale College offers an outstanding, online free course tracing his journey. The course is named, “An Introduction to C.S. Lewis: Writings and Significance.”

The following excerpts of lesson introductions provide a glimpse into his journey. 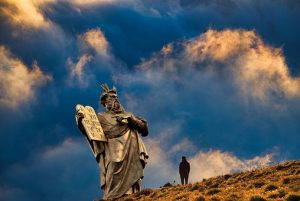 C.S. Lewis is most widely known for his fiction and his Christian apologetics. However, he was also a professor at Oxford—and later Cambridge—where he was a first-rate scholar of English literature. In his philosophical work, The Abolition of Man, Lewis argued that truth, beauty, and the good are not merely a matter of personal preference. Teaching such a view, Lewis warned, would lead to the abolition of man.

C.S. Lewis was the greatest Christian apologist of the 20th century. The success of his apologetics was due in large part to the skillful way in which he presented them—with imaginative skill and imaginative intent. Lewis believed that the human faculty of reason is the organ of truth, and the human faculty of imagination is the organ of meaning. Because imagination is the indispensable companion of reason, Lewis encouraged the embrace of meaningful myths in his apologetics.

C.S. Lewis believed that a reasoned defense of Christianity, if it is to be effective, should approximate the language of the Christ story imaginatively. Since imagination is the organ of meaning, Lewis almost always began his apologetic works by immersing the reader in meaningful situations. However, imagination and reason are by themselves insufficient means of persuasion and eventual conversion. The reorientation of man’s will to God’s is also necessary, which can only come about through divine intervention.

Narnia and the Storied Moral World

In writing his Chronicles of Narnia, C.S. Lewis made a bold attempt to rehabilitate the modern imagination. Lewis believed that the ideas and experience of modernity undermine the imagination, and his fiction aims to re-sensitize readers to the wonders of God’s creation. Originally conceived merely as images and stories, The Chronicles of Narnia became a metaphorical tale of human nature and Christian truths.

Truth facts may be embedded in any, all or none of these component views of the world around us – historical or current. They make up our literary world of books, stage plays, movies, jokes, television, and stories passed down by word-of-mouth through the centuries. And, of course, they make up a large part of our political climate. We are left amazed, essentially on a daily basis, by the drivel espoused by the local, national, and international politicians and their associated players. Their truth facts are fluid. They have no anchor. I believe that the one truth fact anchor the world has is the Holy Bible. I have heard, read, and believe the truth facts presented to the world. Believers are not hard to find.

Truth always exists.  Discovery is the eternal quest to un-hide the truth from among the many falsehoods, whether purposeful or in ignorance.

Clicking on the links for each verse, below, will take you to the website “kingjamesbibleonline.org.”  However, the verses, as presented below, are reworded in compliance with Bibliography reference 5.  This has been done to maintain consistency in references.  The messages have not been changed.

John 8:32 – And ye shall know the truth, and the truth shall make you free.

John 16:13 – Howbeit when he, the Spirit of truth, is come, he will guide you into all truth: for he shall not speak of himself; but whatsoever he shall hear, that shall he speak: and he will shew you things to come.

John 17:17 – Sanctify them through thy truth: thy word is truth.

Proverbs 12:22 – Lying lips are abomination to the LORD: but they that deal truly are his delight.

1 Corinthians 13:4-6 – 4Charity suffereth long, and is kind; charity envieth not; charity vaunteth not itself, is not puffed up, 5Doth not behave itself unseemly, seeketh not her own, is not easily provoked, thinketh no evil; 6Rejoiceth not in iniquity, but rejoiceth in the truth;

Ephesians 6:14 – Stand therefore, having your loins girt about with truth, and having on the breastplate of righteousness;

Psalms 119:127 – Therefore I love thy commandments Above gold; yea, above fine gold.

2 Timothy 2:15 – Study to shew thyself approved unto God, a workman that needeth not to be ashamed, rightly dividing the word of truth.

John 18:37-38 – 37Pilate therefore said unto him, Art thou a king then? Jesus answered, Thou sayest that I am a king. To this end was I born, and for this cause came I into the world, that I should bear witness unto the truth. Every one that is of the truth heareth my voice.  38Pilate saith unto him, What is truth?  And when he had said this, he went out again unto the Jews, and saith unto them, I find in him no fault at all.

2 Timothy 3:16-17 – 16All scripture is given by inspiration of God, and is profitable for doctrine, for reproof, for correction, for instruction in righteousness: 17That the man of God may be perfect, thoroughly furnished unto all good works.

Proverbs 16:13 – Righteous lips are the delight of kings; and they love him that speaketh right.