Image Galleries are a Storehouse of Memories

Image galleries provide a way of preserving history and memories!  Much has been said and written about the era of the 1950s and 60s – especially its music.  High School children of this era were mostly born during the Second World War and Cold War eras and survived the hardships imposed by those environments.  They also inherited much of the hardship arising out of the earlier depression years.  They were unaffected by the technology and excesses of children of later years.  Image galleries are at the below links. 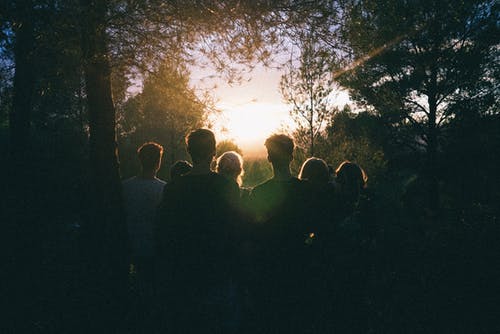 Looking Back to the Generations of the 1930s and 40s

Those of us who were born in the mid-to-late 1930s had much to contend with, but it was without our knowledge.  The United States of America (USA) was coming out of the depression years.  Many families were hurting, especially in the southern states.  The South was also still struggling from the effects of the American Civil War. Many neighborhoods in the South, prior to World War II, gave birth to children who, because of a shared economic reality of surrounding poverty, were cast into an environment of great uncertainty about their future.  They were born to families where the majority of parents had strong moral codes and work ethic – they frowned on premarital sex, attended church, were married, stayed together, and worked hard in cotton mills, cotton fields, and wherever else they could eke out a living for their families.

Entertainment of the Era

Many poor southern families were struggling to put food on the table and a roof over their heads.  Our entertainment consisted of sitting around the radio and listening to the Lone Ranger (Long Ranger to some) and Tonto, The Shadow, The Grand Ole Opry, and other popular radio shows.  We also stayed out at night and played with other neighborhood kids and traded comic books.

Family members took any job they could get to contribute to survival of the families.  Child labor was practiced in some industries at the time, allowing additional income for families.  My own father was employed, at age eleven, to contribute his meager cotton mill earnings to support of the family, along with his mother and father. His education was terminated at 5th or 6th grade. Later in life, after he and my mother were married, they both picked cotton in the fields of others – along with many of their relatives and friends. I also picked, with a “pick” sack made from a flour sack.  My father also dug ditches, painted houses, and performed other honest jobs to earn a living for his family. He took pride in earning his own way.  Due to hard work and perseverance, he became a well-recognized craftsman and was able to retire in his 60s. He passed away in 2004 at the age of 91. My mother, as of August 2015, is 99 years old and in a nursing home.

My 3 sisters – all younger and with one passing away at age 2 in 1943, most of my childhood friends, family members, relatives, and I, were born into this environment.  Our outlook was bleak, but we were not aware of that reality.  As previously stated, my father’s education was terminated at the 5th or 6th grade for employment, and my mother’s at the 9th grade. However, they insisted that my sisters and I stay in school. They always managed to provide for that outcome. They knew, and I later observed, how hard life was for someone without a basic formal education. Our parents were too busy trying to eke out a living to do forward-looking strategic planning for the future.  Their stock portfolios were a fantasy if they even knew what “stock” meant – unless you were talking about “livestock.”  The welfare support system did not exist, and most adults would have been highly offended at an offer of assistance without work or other effort in return.  Many did share what they had with those who had less.  They shared because of the need, not because the Government forced them to provide for others.

Those of us that were born during the above referenced period were too young for military service when the Second World War began, but many saw their parents, relatives, and family friends go off to fight in the war. One of our family friends, Luther James Isom, was killed on and went down on the ship Arizona at Pearl Harbor.

During the war-time years we were very aware of the conflict, although we were too young to know what was really going on. At night, we sat around the radio with parents and listened to the news action reports (they probably weren’t very timely), responded to air-raid warnings by turning out all lights and pulling curtains, and dealt with the absence of many items due to rationing.

Many staples such as sugar, lard, gasoline, vehicle tires, rubber goods, etc. were reserved for the war effort. Everyone experienced the rationing of goods and services. Food was grown in home gardens, and scrap metal and cans were collected to meet wartime needs. I would traverse the back alleys and various other locations pulling my little red wagon picking up scrap metal and bottles (soft drinks and milk came in bottles at that time) to sell.

Beginning of the “Cold War”

When the atomic bombs were dropped, very scary accounts of the destruction were heard. Fear became very real with the talk of what the enemies might do in return. The day the war ended, I was returning from the grocery store, through a scrap iron yard. Suddenly I heard gun shots and shot pellets falling around and hitting the scrap metal. People were celebrating the good news of the War’s end. I didn’t know what was happening, so I ran the two blocks to my home.  Not anticipated at that time was the beginning of a new war that became known as “The Cold War.”  This evolved into building of useless family and neighborhood bomb shelters and multiple “standoffs” with Russia.  I later became an engineer with the Department of Defense and participated in many activities related to the Cold War.

Back to Top of Page