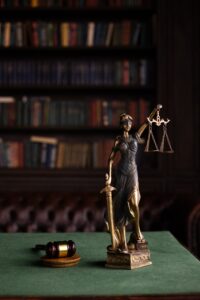 The Rule of Law Embodied in the US Constitution

Definitions for Rule of Law taken from several sources are:

The restriction of the arbitrary exercise of power by subordinating it to well-defined and established laws.

Rule of Law – (The Free Dictionary.Com) by Farlex

The rule of law is an ambiguous term that can mean different things in different contexts. In one context the term means rule according to law. No individual can be ordered by the government to pay civil damages or suffer criminal punishment except in strict accordance with well-established and clearly defined laws and procedures. In a second context the term means rule under law. No branch of government is above the law, and no public official may act arbitrarily or unilaterally outside the law. In a third context the term means rule according to a higher law. No written law may be enforced by the government unless it conforms with certain unwritten, universal principles of fairness, morality, and justice that transcend human legal systems.

What is the Rule of Law? (worldjusticeproject.org)

Derived from internationally accepted standards, the World Justice Project’s definition of the rule of law is a system in which the following four universal principles are upheld:

The government and its officials and agents as well as individuals and private entities are accountable under the law.

The laws are clear, publicized, stable, and just; are applied evenly; and protect fundamental rights, including the security of persons and property and certain core human rights.

The process by which the laws are enacted, administered, and enforced is accessible, fair, and efficient.

Justice is delivered timely by competent, ethical, and independent representatives and neutrals who are of sufficient number, have adequate resources, and reflect the makeup of the communities they serve.

These four universal principles are further developed in the following nine factors of the WJP Rule of Law Index, which measures how the rule of law is experienced by ordinary people in 99 countries around the globe.

In examining the activities of the Obama Administration, and using the above definitions and information as a measuring stick, I believe the Administration operates consistently outside the laws of the land. Their activities are destructive to the Constitutional provisions under which we should be governed. Our lawmakers are derelict in the performance of their Constitutional duties that they were elected to perform. The United States is in grave danger from the conditions that exist.