should come to terms with. According to ABC News on-line reporting, as well as other sources, by following current law as written:

“Members of Jeff Sessions‘ own church filed a formal complaint against the attorney general, accusing him of “child abuse,” “immorality,” and “racial discrimination” and the “dissemination of doctrines contrary to the established standards of doctrines” of the United Methodist Church.”

I believe the above charges are outrageous and out of bounds for comment about a person with a life-time history of ethical and legal behavior. In addition, President Trump continues to heap apparent abuse on Jeff for following the law and recusing himself from the Russia investigation. Trump, I feel sure, remembers that Jeff was the first, or among the first, significant politician to support him. It is my opinion that Trump is very lucky to have Jeff in the position he is in where he can, hopefully, restore confidence in the Justice Department. I believe that Jeff is probably the most honest and ethical person in Trump’s administration. He seems to demonstrate those characteristics in every issue that involves him, and I believe his church is wrong, very wrong, in their condemnation of his actions in following the law and in the logic of the law as it also applies to legal American citizens. Jeff is demonstrating more ethical behavior than those of his church in their pronouncement. 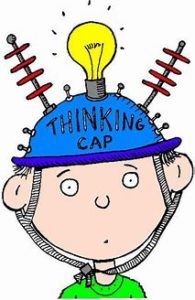 In the end analysis, if the Trump supporters, as well as President Trump, are honest in their expressions of dissatisfaction with Jeff Sessions, they are really looking for payback to the Democratic Party. They want him to be a play-back of Eric Holder for the Republican Party. They want Sessions to “get even” for all the misdeeds of Eric Holder, Hillary Clinton, etc. That is wrong, and I believe Jeff should and is “holding the line” on reverting to that method of administration of “justice.” I believe that although many express the “get even” attitude, they do not really want that response. I also believe Trump doesn’t want that response, because that would violate the principles that he ran on and was elected to office in response. I believe it just reflects the frustration he feels with the opposition and disruption his administration has experienced while at the same time making great strides for the country. I believe that in the end Jeff will have served the administration and the country well and that Trump should let Jeff be Jeff.