↓
Home » What Are the Freedoms Promised Everyone?

Inseparable facts and truths are extremely elusive! What are purported to be the latest facts, or gossip, about many celebrities, politicians, religious leaders, and innumerable other “actors” of society – both past and present – Do not “pass muster.”  The proclamations also become “local” among friends, relatives, and acquaintances.  Much of the gossip evolves into scandals – real and imaginary.  Much of it adds up to self-promotion, public relations.  Many reports become myths.  But, their entertainment is freedom. 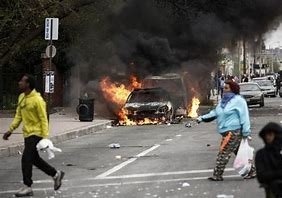 Current issues involving “facts” are hard to believe.  The crusade against law enforcement that has been raging across the nation and worldwide, for several years and especially in recent times, promotes very divisive attitudes and actions.  Administrators pass judgement and punish before investigation of facts to support their actions – a violation of due process and rights.  Mobs (protesters) are allowed to take over large portions of cities and prevent entry of law enforcement – no prosecution of offenders.  Mobs (protesters) block highways and prevent lawful passage by travelers – without prosecution of the offenders.  Murder runs rampant without solution and prosecution.  All these activities threaten our security and freedoms.  Freedoms promised!

In my opinion, the administrators who allow the illegal activity to continue are accomplices, and are depriving the lawful public of the security and freedoms they are sworn to protect.  They should quickly bring the unlawful activity under control, even to the extent of applying lethal force.  The fact that a city, Seattle, allowed a police precinct to be overrun and forced to evacuate it, and a large chunk of the city, is disgraceful and dereliction of duty to the employees under their control and the public at-large.  No lawful citizen should be prosecuted for refusing to stop their vehicle when a hostile person or mob attempts to block their path.  Their life is in immediate danger if they stop.  The administrators involved in the above failures to perform their lawful duties should be removed from their positions and prosecuted.

The Sources of Our Freedoms are Paramount

What the Holy Bible Says About Freedom5

The source for the following verses related to “Freedoms” are from the Zondervan King James Version Study Bible. Note that spelling, sentence construction, and punctuation does not conform to current standards and may appear to be in error.

6Is not this the fast that I have chosen?  To loose the bands of wickedness, To undo the heavy burdens, And to let the oppressed go free, And that ye break every yoke?  7Is it not to deal thy bread to the hungry, And that thou bring the poor that are cast out to thy house?  When thou seest the naked, that thou cover him; And that thou hide not thyself from thine own flesh?

1The Spirit of the Lord GOD is upon me; Because the LORD hath anointed me to preach good tidings unto the meek; He hath sent me to bind up the broken-hearted, To proclaim liberty to the captives, And the opening of the prison to them that are bound;

32And ye shall know the truth, and the truth shall make you free.

John 8:36, KJV
36If the Son therefore shall make you free, ye shall be free indeed.

18Being then made free from sin, ye became the servants of righteousness.

22But now being made free from sin, and become servants to God, ye have your fruit unto holiness, and the end everlasting life.

19For though I be free from all men, yet have I made myself servant unto all, that I might gain the more.

17Now the Lord is that Spirit: and where the Spirit of the Lord is, there is liberty.

Top of Form1Stand fast therefore in the liberty wherewith Christ hath made us free, and be not entangled again with the yoke of bondage.

13For, brethren, ye have been called unto liberty; only use not liberty for an occasion to the flesh, but by love serve one another.

7For God hath not given us the spirit of fear; but of power, and of love, and of a sound mind.

25But whoso looketh into the perfect law of liberty, and continueth therein, he being not a forgetful hearer, but a doer of the work, this man shall be blessed in his deed.

16As free, and not using your liberty for a cloke of maliciousness, but as the servants of God.

God’s Plan for Everyone

The Constitution of the United States of America

The Bill of Rights

The First 10 Amendments to the United States Constitution are also known as the US Bill of Rights or freedoms.

Congress shall make no law respecting an establishment of religion, or prohibiting the free exercise thereof; or abridging the freedom of speech, or of the press; or the right of the people peaceably to assemble, and to petition the Government for a redress of grievances.

A well regulated Militia, being necessary to the security of a free State, the right of the people to keep and bear Arms, shall not be infringed.

No Soldier shall, in time of peace be quartered in any house, without the consent of the Owner, nor in time of war, but in a manner to be prescribed by law.

The right of the people to be secure in their persons, houses, papers, and effects, against unreasonable searches and seizures, shall not be violated, and no Warrants shall issue, but upon probable cause, supported by Oath or affirmation, and particularly describing the place to be searched, and the persons or things to be seized.

No person shall be held to answer for a capital, or otherwise infamous crime, unless on a presentment or indictment of a Grand Jury, except in cases arising in the land or naval forces, or in the Militia, when in actual service in time of War or public danger; nor shall any person be subject for the same offence to be twice put in jeopardy of life or limb; nor shall be compelled in any criminal case to be a witness against himself, nor be deprived of life, liberty, or property, without due process of law; nor shall private property be taken for public use, without just compensation.

In all criminal prosecutions, the accused shall enjoy the right to a speedy and public trial, by an impartial jury of the State and district wherein the crime shall have been committed, which district shall have been previously ascertained by law, and to be informed of the nature and cause of the accusation; to be confronted with the witnesses against him; to have compulsory process for obtaining witnesses in his favor, and to have the Assistance of Counsel for his defence.

In Suits at common law, where the value in controversy shall exceed twenty dollars, the right of trial by jury shall be preserved, and no fact tried by a jury, shall be otherwise re-examined in any Court of the United States, than according to the rules of the common law.

Excessive bail shall not be required, nor excessive fines imposed, nor cruel and unusual punishments inflicted.

The enumeration in the Constitution, of certain rights, shall not be construed to deny or disparage others retained by the people.

The powers not delegated to the United States by the Constitution, nor prohibited by it to the States, are reserved to the States respectively, or to the people.

The United States of America Military

Freedom and Obligation by Clarence Thomas, Associate Justice of the Supreme Court